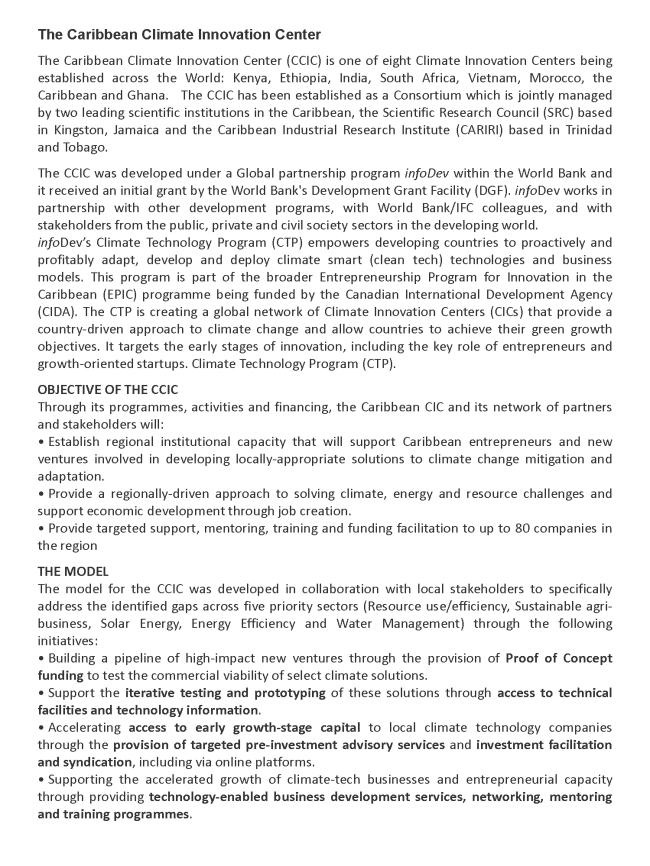 Submit your proposal to Compete Caribbean by October 31, 2013 and compete for up to US$500,000 to develop your idea! We welcome any innovative project, from any economic sector and any size of firm. However all firms must be resident in a CARIFORUM country and be prepared to provide counterpart funding of 50% of the cost of the project (of which up to 50% can be in kind).
Visit our website to learn more!  END_OF_DOCUMENT_TOKEN_TO_BE_REPLACED 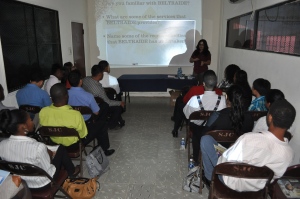 In Belize entrepreneurial ventures are the key to keeping our economy afloat. Small businesses account for well over 50% of all employment, thus it becomes vital to facilitate and nurture an entrepreneurial culture throughout our country. Entrepreneurs tend to be innovative, proactive, risk-takers who reach for change, respond to it and exploit opportunities, and in turn convert a source into a resource.  Keeping in-line with this, the Small Business Development Centre Belize, BELTRAIDE, with its mandate to provide advisory and training services to entrepreneurs and groups has been working tirelessly to strengthen Belize’s Micro, Small and Medium Enterprise Sector. END_OF_DOCUMENT_TOKEN_TO_BE_REPLACED

Office of the Spokesperson

Applications are being accepted now for Caribbean Idea Marketplace matching grants.  The deadline for applications is May 31, 2012.  The Caribbean Idea Marketplace (CIM) is a business competition platform that encourages local Caribbean and diaspora entrepreneurs to forge partnerships around innovative projects that will generate employment and economic opportunities in the Caribbean region.  CIM will provide up to $100,000 in matching grants to each winning project.

CIM was officially launched on March 1, 2012, at the Invest Jamaica forum in Montego Bay, Jamaica, which followed Secretary Clinton’s announcement of the initiative during a meeting with Caribbean leaders in Jamaica in 2011.  The Department of State’s partners in this effort include the Inter-American Development Bank’s Compete Caribbean program, the UK Department for International Development (DFID), and the Canadian International Development Agency (CIDA).  Partners also include Digicel, Scotiabank, and the Overseas Private Investment Corporation (OPIC). END_OF_DOCUMENT_TOKEN_TO_BE_REPLACED