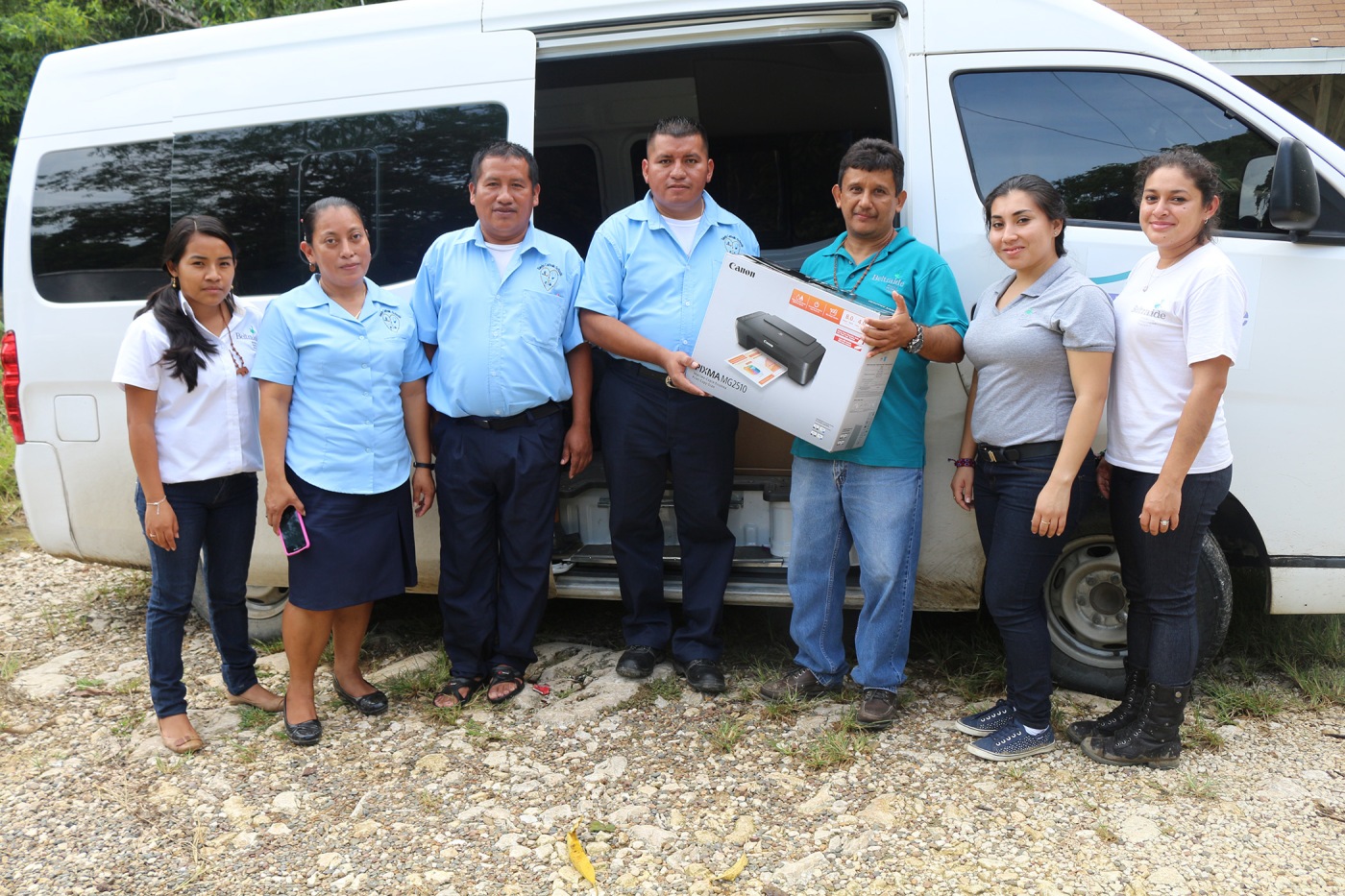 Some members of Beltraide staff took a break from their arduous work on Friday, 23 September and headed down south to the remote areas of Belize. Their mission:  to donate four brand new computers to schools in that part of the country.

The computers along with printers and battery backups are valued at over $8,000 Bz dollars and were acquired through the Beltraide staff fund, which is designed to assist needy children and schools with limited resources as well as to carry out charity work throughout Belize.

The schools benefiting from such generous donation included: Santa Cruz RC School, Pueblo Viejo RC School, Jalacte RC School and Blue Creek RC School. All of these villages are located in the deep forests of Belize, just a stone throw from the Guatemalan border.

The team was comprised of personnel from our Finance, IT, Project and Marketing and Information Units.  The group began their journey very early in the morning as the first hues of red and deep orange of the rising sun hit the capital city of Belmopan.  But as the team traveled through the winding and picturesque Hummingbird Highway it became clear from the looming dark clouds and rain that the day would be a very challenging one. But that did not dampen their spirit, and they moved on. The intention was to present the computers quickly and return home as soon as possible. But that was not to be.

The group arrived to their first destination before 10 am, more than half an hour earlier than scheduled and much to the surprise of Mr Locario Che, Principal of Santa Cruz RC School and Mr Jose Mes, the Village Chairman and Vice Chairman of the Santa Cruz RC School PTA.  Both said they needed some time to assemble the children because they had prepared a small welcoming ceremony.  The Beltraide team though, didn’t imagine at this time that they were about to be injected with a colossal dose of warm hospitality. 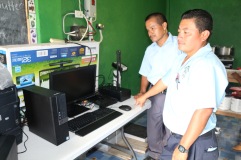 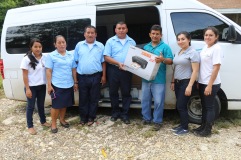 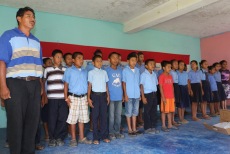 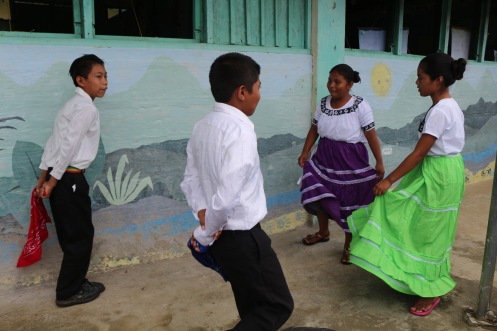 The ceremony at Santa Cruz was short but impressive. The children performed a cultural Mayan dance and the visiting team was showered with tokens of appreciation, which also included a certificate from the school principal. And, that wave of warm hospitality extended itself to cover the rest of the team’s visit.

In Pueblo Viejo, the second stop, the school children prepared a beautiful ceremony and sang the Belizean national anthem in Maya. They also performed a Mayan dance in addition to showering the Beltraide staff with small gifts. But the real surprise came in Jalacte Village.

In Jalacte the village and school children came out in huge numbers to meet the Beltraide team; they took out their marimba and young marimba players from Std 1, Std 3 and Std 4 left the team in disbelief as they professionally performed a traditional Mayan song and dance. After, presenting the computers and receiving a BIG THANK YOU from the children and principal of Jalacte the Beltraide team then move on to Blue Creek, the last stop. But not before stopping on the way to enjoy a delicious Caldo especially prepared by the cooks at the Pueblo Viejo School kitchen.

By then the day had already worn out and the team although exhausted by the journey, was glad to do the last presentation at Blue Creek. But to the team’s surprise the creek was flooded when it arrived at the village and therefore it could not reach the school.  However, Mr Carlos Chee, the Principal of Blue Creek RC School, quickly arranged for a high pick up to collect his donation, which was done during an impromptu ceremony at the opposite side of the flooded creek.  After an exchange of good wishes, the Beltraide team departed Blue Creek to Belmopan having fully accomplished its mission. And ready to begin planning its next trip!

Although Beltraide’s main role is to attract and facilitate investment to Belize, it is forever mindful of its responsibility as a corporate citizen. This is something that the Beltraide staff takes very seriously and will therefore continue to undertake charitable endeavours as long and as far as it takes…

So guys be on the lookout for the Beltraide team. They may have a pleasant surprise for you!